The Cinema Revolution: ISE, and the Road to CinemaCon and NAB

Rainy Amsterdam in February is a long way from sunny Hollywood – and from the bright lights of Las Vegas where both the CinemaCon and the NAB Cinema Summit will take place this spring. But Cinema was on the agenda at the ISE show in early February. Away from the crowds at the sprawling RAI trade show halls of ISE, the Digital Cinema Summit made its debut at on February 6th, “exploring how digital technology has revolutionized movie production, distribution, and consumption, and the opportunities that XR is creating for the next generation of movie-goers.”

The ISE-linked Summit took place at the elegant Hotel Okura, not far from the RAI, to address a range of issues facing professionals in all phases of the motion picture industry. The most interesting part of the Summit was the “fire-side” chat between Nick Dager and digital cinema guru Michael Karagosian, “The Digital Cinema Era: How We Got Here and Where We’re Going.” Karagosian – following up on the themes he shared here, exclusively, with digiDaybook’s readers last month – held forth on some of the hottest and most controversial aspects of Cinema.

The panel topics and speakers included:

• Theatre Management Systems – What Are the Limits?

• Theatre Sound – Object Based or File Based?

At Summit’s end, the chat between Nick Dager and Michael Karagosian, “The Digital Cinema Era: How We Got Here and Where We’re Going,” was a crash course in the state of the industry as we get ready for CinemaCon in April. Karagosian has been on the front lines of the digital transition from Day 1 – he was the principal adviser to NATO when the industry went digital. No, not the North Atlantic Treaty Organization, but the North American Theater Owners Association – just as political, in those years. Take away the troops and armaments and replace them with Hollywood studios, commercial movie theater owners, 35mm film projectors, digital video projectors, and high stakes drama. Fast forward to today, and indeed the 35mm film projector is dead, commercially. Millions of moviegoers around the world are happily munching popcorn and watching DCI-sanctioned showings on DLP projectors from Barco and Christie (mainly) with some DLP NEC, and some Sony projectors thrown into the mix. (Other projectors certainly are out there, but not DCI-approved for Hollywood content.) 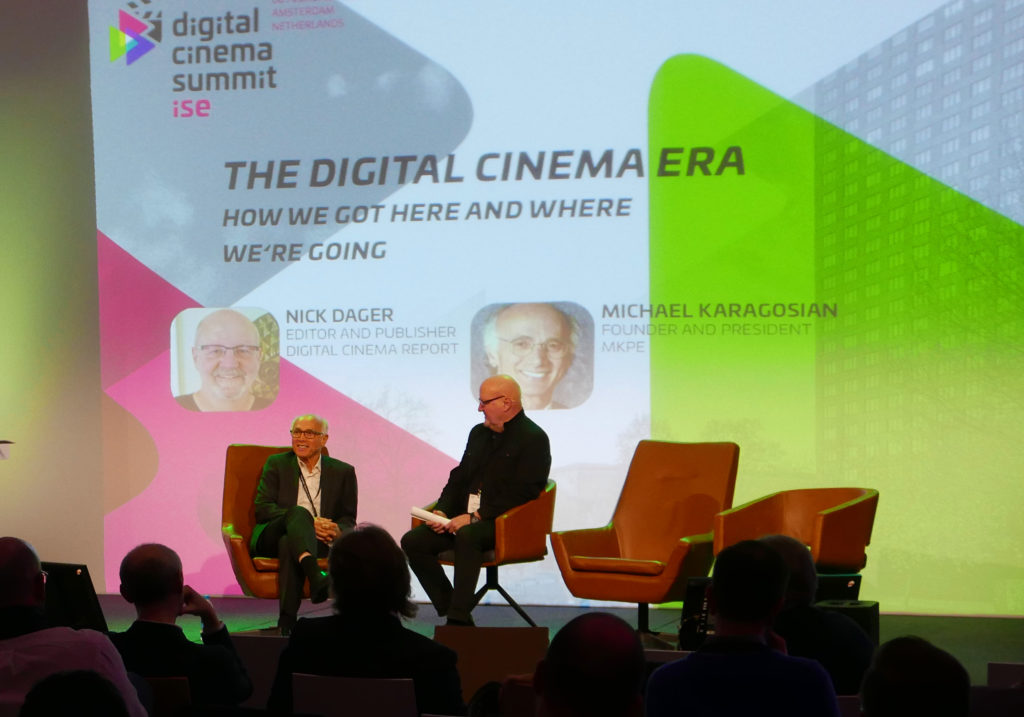 Nick Dager (on the right), editor and publisher of Digital Cinema Report, moderates the “fire-side” chat with Michael Karagosian.

But no market stays the same forever. And all those projectors are now aging a bit, the DCI Standard is getting long in the tooth, and many in the industry are asking, what’s the next step in digital cinema? Anyone who was at CinemaCon or NAB or InfoComm in 2018, or indeed at ISE last month, has seen all the new generation direct view LED on display. And some direct view LED manufacturers including Samsung and Sony are actively promoting their best products for the Cinema market. Is direct view LED the new kid on the block that will steal the show? And what happened to all the talk of RGB laser projection? RGB was the golden boy of “the future of cinema” before fine pixel pitch LED came along – what’s the future of projection for movie theaters? New-gen RGB laser projection? Replacing or retrofitting existing digital projectors in the field with better, brighter laser phosphor light engines? Intriguing possibilities, all.

But at the heart of the evolution of cinema, is the perennial question: who will pay for the next “transition” to new-gen digital? When you’re talking Hollywood, it’s as much about biz models as about screens and projectors.

Who will pay for new technology? To answer that question, you need to review the peculiar dynamics of the movie exhibition business– and why it’s the financing models as much as the technical capabilities of imaging gear, that drives the debate and shapes the evolution of cinema. For this discussion, you need to go back to one very important acronym: VPF.

The digital revolution in movie exhibition was, from a business perspective, centered around the Virtual Print Fee (VPF) model – designed to help theater owners raise capital to defray costs of digital projectors, servers, and associated gear that they needed to replace 35mm projectors. The logic was straightforward: for years, theater owners were slow or reluctant to transition to digital, because it was they who had to foot the cost of installing digital gear, while it was clearly the movie studios and distributors who would be the ones saving money by not having to UPS and Fed-Ex all those 35mm film platters hither and yon (at an average cost of about $1200 per location). This dilemma set back the transition by decades. And to make matters more complicated: depression-era antitrust laws surrounding the movie business in the U.S. set the stage for this standoff: the big Studios were forced by the government’s 1948 “Paramount Decree” to divest all their theater chains decades ago– hence the major players on both sides of the fence, NATO and Hollywood, were legally prevented from doing the obvious: merging or even cooperating, to institute efficiencies up and down the distribution chain.

Prior to the establishment of the VPF models a variety of byzantine cost sharing models designed to address this particularly American dilemma were tried and abandoned – the timing was not right. Only with the convergence of higher DCI standards, new-gen projectors from the big four at reasonable prices, better encryption codecs to combat piracy, and perhaps most importantly the fire beneath of the seat of Hollywood execs’ pants that falling movie theater attendance ignited– were all parties determined to match the business will and the technical way, in search of more viable movie business models.

And so was born, in late 2011, the Virtual Print Fee, for movie distribution. The Virtual Print Fee (VPF) was a financing mechanism for funding the purchase of digital cinema equipment. It was structured to cover the costs of converting to digital projection equipment through a fee that distributors paid for each booking over a set period of time. The idea behind a VPF is that the distributors save money by shipping digital, rather than 35mm film prints, and these savings were used to contribute to the cost of equipment– digital projectors and media blocks, etc, for exhibitors.

The VPF plan was designed to have a “Deployment entity” as the middleman between content producers (e.g. Hollywood Studios) and exhibitors. The original idea of not going direct to the exhibitor, and instead going through a Deployment entity, was to separate the business of booking a movie, and the negotiations surrounding it, from the business of collecting the VPF.

Which leads up back to rainy Amsterdam. There is no better cinema industry expert than Michael Karagosian to shed some sunlight on the next steps for the industry. At the Summit at ISE, more questions than answers were on offer. But the questions and the “fire-side” free form discussion brought forward the key issues if we are going to see movement forward in cinema. Here are some of the key points, challenges, and questions that Karagosian and Dager – and participating audience members including myself – brought to light:

• In the VPF era, the movie exhibitors got funds to help them buy digital projectors, but the caveat was that the projection equipment had to be to DCI spec. The Digital Cinema Initiative, DCI, was formed in March 2002 as a joint project of major motion picture studios – Disney, Fox, MGM, Paramount, Sony Pictures Entertainment, Universal, and Warner Bros. Studios – to establish and document specifications for an open architecture for digital cinema. And it did include specs for brightness, resolution, etc. And more importantly, security protocols for servers. The Hollywood studios needed a spec, DCI, to give them confidence to get behind the VPF’s, and six companies that were competitors came together, to do that. The condition to get the money was that the exhibitors had to be DCI compliant – all the different servers, etc – and the key was the security that all agreed on. Could that happen again? A tough call, according to Michael Karagosian. The big studios still matter, but they don’t have the market control they had before. And with the Netflix and Amazon factor now, and with most of their growth coming from overseas screens, there’s not the urgency today or better said the consensus on a common goal.

• Of course, no market and no technology stays frozen in time. Change will come. But without some kind of VPF-like model going forward, who will pay for new screen or projection technology? VPF agreements with studios had a defined, not open-ended, rollout period, and a VPF payment period– that’s understandable. But the rollout period is over. What does this mean for the market? The flurry of activity from 2011 to 2014 mainly, that had reps from Sony, Barco, NEC, and Christie, huddling with NATO members, and Deployment entities, trying to fast-track the purchase of digital projection systems with some VPF contribution, is over. So the past several years has not seen a major upgrade in projection technology in theaters. Most of the growth of the market has been around adding screens, primarily in China and other high growth countries.

• Is HDR the savior here? 3D while great for a few tent pole franchises like Avatar and Lord of the Rings, was and is not an incentive for theaters to upgrade. They can’t make money on 3D per se. And remember HFR? (High Frame Rate). No one cares, either way about HFR, it’s nice but there is no way theater owners are excited by it, and they can’t charge a premium for it. That leaves HDR. Anyone reading this understands the momentum of HDR – because it’s both a consumer display phenomenon and a commercial one, it is happening. And there is no technology better at HDR than direct view LED (and RGB laser projection). Karagosian sees smaller screens in commercial theaters not being included in any HDR plans– it doesn’t make sense for the exhibitor. But larger screens, the PLF (premium large formant) screens, could benefit from HDR, and exhibitors are open to innovation there. But does DCI have to come up with a spec for HDR? Great question, and depending on who you talk to the answer is different – if and how fast DCI is going to come up with a DCI spec, or “certify” specific LED products for the HDR spec. This is the single biggest question in cinema today.

• Karagosian would like to see ambient light issues addressed as we look at the adoption of new screen or projection technologies. He’s stressed this for years – that the viewing experience in movie theaters could be greatly improved by eliminating much of the ambient light in theaters – and/or going to an emissive screen technology like direct view LED that solves the problem.

The rainy day in Amsterdam did indeed raise more questions than it answered, about Cinema going forward. Fine with this attendee and participant. The year is young, and all the key players will be at CinemaCon, NAB, and InfoComm 2019. Let’s the debates begin. And fire up the screens and the projectors for what, indeed, is coming: a move to even better images for movie theaters (if we can all just agree on those specs… and how to pay for it…)

We are pleased to announce the release of the "Rack Design for Audiovisual Systems" standard, which provides formalized guidelines for efficient design, build, and integration of racks in AV systems.

AVIXA, the Audiovisual and Integrated Experience Association, is pleased to announce the release of its standard, Rack Design for Audiovisual (AV) Sys... 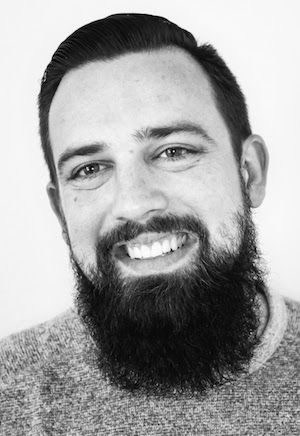 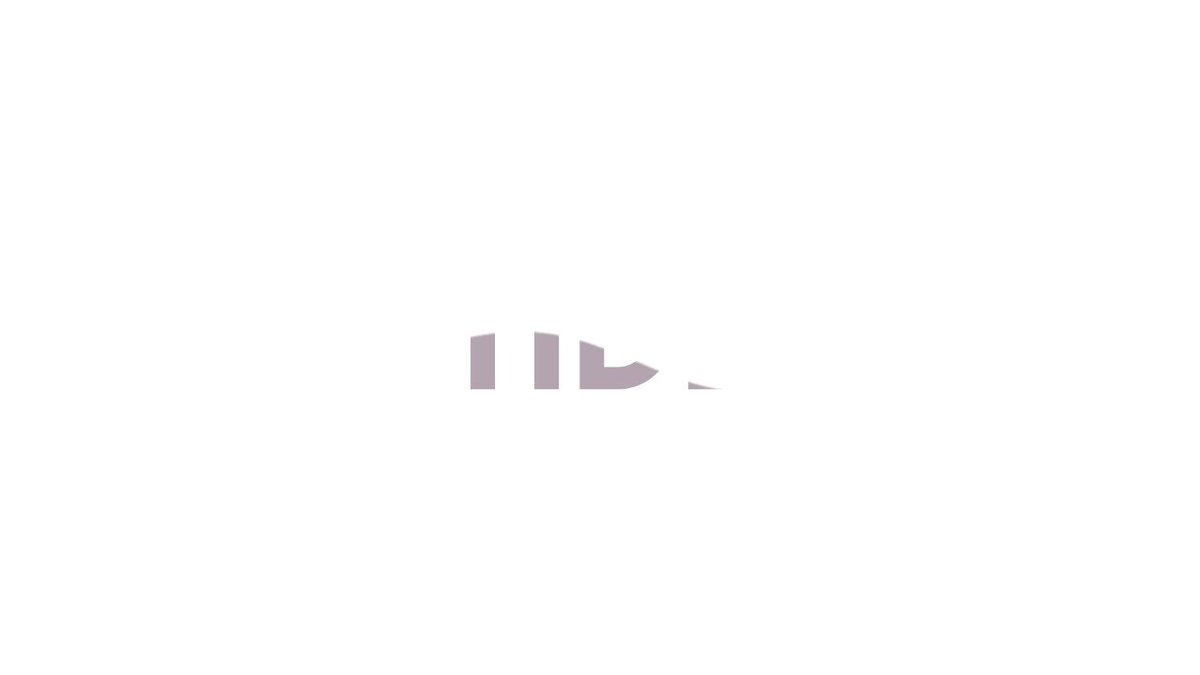